A few years back, while working on some DevOps-related tasks for Xamarin, I needed to create permalinks to CI/build artifacts so that other build pipelines (as well as local builds) could consume those regardless of the CI system that produced them (we had a mixture, so this complicated things).

Every CI system typically already provides a way to access build artifacts, but it’s frequently not very automation-friendly: it may be behind authentication, may not have easily constructable URLs, or may not correlate at all with the commit/sha being built. Another CI that needs to pick up those artifacts will have a hard time figuring out what “build ID” (say) to use to construct the URL to download stuff.

So I had the idea of using the https://aka.ms service that’s already in use across Microsoft for various redirection needs. There was a lenghty and complicated registration, approval, periodic renewal and what-not involved, so while all that got sorted out, I took a shot at having something working quickly that I could later replace with the official service.

It turned out to be so incredibly easy that I think it should just be a (rather cool) sample on how to use Azure functions + (table) storage in a real-world yet easily comprehensible (and useful!) scenario.

Basically, the service consists of:

In addition, to make the sample incredible simple, I leveraged the .csx script-based function support, so the entire thing can be edited in VSCode trivially.

You will notice there is no project file, no CI settings, nothing. It’s the most minimalistic Azure functions service ever 😁. Turns out that you can totally (automatically) deploy an azure service from basically a loose folder containing at least the host.json file in there and the Azure functions runtime will happily lookup declared functions in subfolders.

Before we get into deployment, though, let’s see what the code does.

The simplest possible deployment for a simple app like this is to directly deploy from GitHub using App Service:

After connecting your GitHub account as needed, pick the App Service build service next:

Finally, connect select the right org/repo/branch for the source. In my case, it looks like the following: 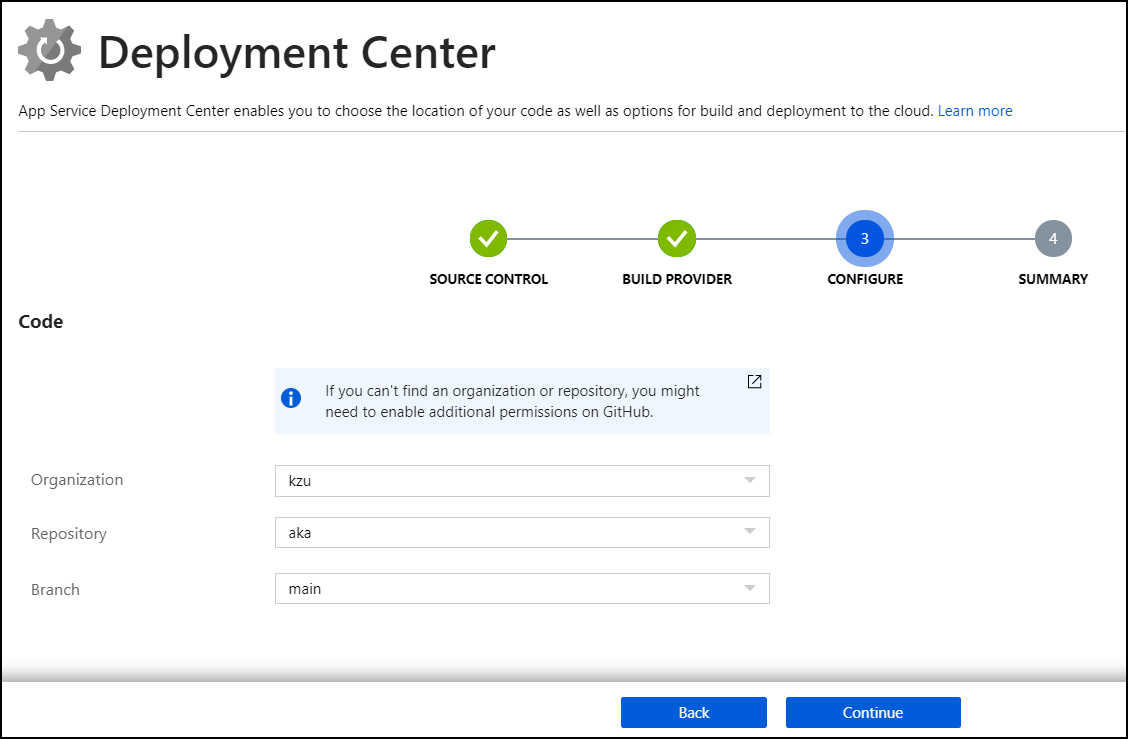 NOTE: if your hosts.json is not in the root of the repository, you can still deploy using this service by setting the DEPLOYMENT_SOURCE application setting with the relative path to the folder to deploy, such as .\api.

Once deployed, you can simply use curl to create the shortlinks, i.e.: