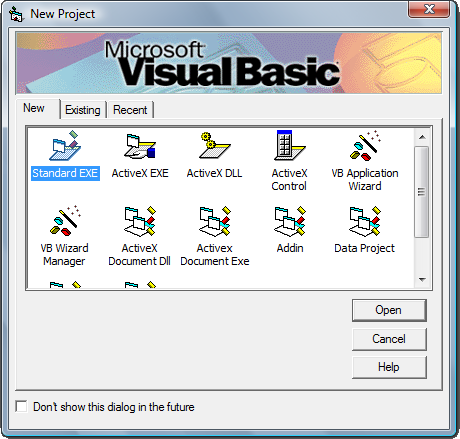 Back in 2001 I was making good bucks, programming in a language that I had grown to hate: Visual Basic 6.

I remember vividly my first encounter with .NET. I could totally see the upcoming sea change, and how anyone programming in anything but .NET was doomed (well, kinda ;)). So I became very proficient at C# before it even shipped. I started a couple open source projects, wrote articles, books, presented at conferences and eventually became a Microsoft Most Valuable Professional. An XML MVP even, if you can believe it.

My first international conference as a presenter was .NET One 2002 in Frankfurt, where I met Miguel de Icaza who was also presenting on open source software: Mono! We parted ways, and two years later I co-founded Clarius Consulting with my partner in early ASP.NET adventures and writings Victor Garcia Aprea. Clarius became an almost immediate success given the high-caliber talent we gathered in a short time based on our sheer pasion for .NET and relentless desire to understand how everything worked down to the lowest level, while combining that knowledge with high level design patterns and agile practices to advance our craft.

Among other things, many of us at Clarius specialized in Visual Studio extensibility, as part of our engagements with Microsoft, which was constantly looking for ways to make developer’s lives easier by leveraging their awesome IDE. With Clarius’ VSX Division, we were able to deliver effective Visual Studio tooling for a decade to both Microsoft and enterprise customers worldwide, but it has mostly been for the benefit of closed in-house teams.

Exactly a decade after we started, we crossed paths again with Miguel, this time as Xamarin. Without really much effort on his part or Nat’s, I was convinced that another big game changing event is starting. Once again, I believe that anyone programming (mobile apps this time!) in anything but .NET (with Xamarin!) is doomed (well, kinda ;)). We’ll see about that in due time, for sure!

After intense negotiations that lasted like… a week, we decided to sell the VSX division to Xamarin and become part of the crusade to change the way the world develops mobile applications.

Joining Xamarin will allow us to make a positive impact on millions of developers, giving them a delightful experience inside of a state of the art and beloved IDE. Xamarin customers can expect a significantly streamlined experience, as we refine and improve the product based on our decade long experience creating intuitive and polished developer tools on top of Visual Studio.

Our mission at Xamarin is not only to delight .NET and current Visual Studio developers, but also Java and Objective-C ones. We want to build the best platform for mobile development on Windows, period. Yes, that means we want to build a vastly better developer experience than Apple’s Xcode AND Google’s upcoming Android Studio. And while that may sound way too ambitious, I honestly think the hardest part will be to match the expectations that Microsoft has instilled in all Visual Studio users, who are used to a state-of-the-art development experience. Once Xcode and Android developers get a taste of Visual Studio + Xamarin, there’s no going back.

Stay tunned, this blog is just about to get a lot more active :)